Dr. Peric was born in 1983. He graduated at the Faculty of Medicine, University of Belgrade in 2008. He has been working at the Department for Neuromuscular Disorders, Neurology Clinic, Clinical Center of Serbia since 2010. In 2014 Dr. Peric defended his PhD thesis titled “Examination of the functional and structural changes of the central nervous system in patients with myotonic dystrophy type 1” at the School of Medicine, University of Belgrade, under the supervision of prof. Vidosava Rakocevic-Stojanovic. He is a neurologist from 2016. So far he has published more than 70 scientific papers and has been a reviewer of more than 30 publications for international journals. Since 2016 Dr. Peric is a member of the Editorial Board of the Journal of the Peripheral Nervous System. Dr Peric won the American Academy of Neurology International Scholarship Award in 2011, as well as the American Academy of Neurology Bruce Schoenberg Award for outstanding contribution in neuroepidemiology in 2015. As a scholar of the European Federation of the Neurological Societies in 2011, he was on a six-week training program in the field of myotonic dystrophies at at the University of Milan. In 2017, he spent three weeks at the University in Ulm as a trainee in the field of ultrasonography of the peripheral nerves. Dr. Peric is a member of the expert panel for the outcome measures in myotonic dystrophy (OMMYD). He is the editor of the Serbian Registry for myotonic dystrophies, and coordinator of the multicentric studies on Guillain Barre syndrome and CIDP. He is the president of the Scientific Committee of the Society of Young Serbian Neurologists. Dr. Peric is a member of the European Academy of Neurology, TREAT-NMD neuromuscular network, Peripheral Nerve Society, Serbian Medical Chamber, Society of Serbian Neurologists, Serbian Society of the Peripheral Nervous System. 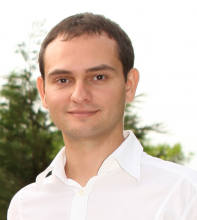 To maximise your conference experience we have developed a smartphone app to help you not only find out about the conference but also make those all important  connections. We recommend you download the app onto your smartphone before attending our conference.